What is Visual Impairment? | Magrabi Hospitals

What is Visual Impairment? 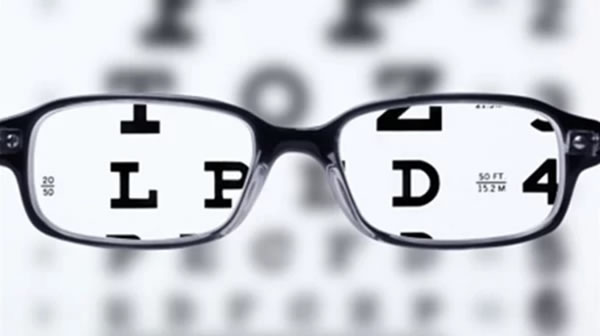 The WHO has confirmed more than 2 billion people around the world affected by visual impairment or near-blindness! This means that more than one-third of the world’s population is missing one of the most important senses, which prevents them from becoming functioning society members and impairs their daily life routine. WHO has also estimated that more than 1 billion cases could be prevented or treated and their vision could be restored!

what is visual impairment?

According to the International Classification of Diseases 11 (2018), visual impairment is classified into two main groups (distance and near impairment).

In the first group, the distance vision impairment is further categorized into mild, moderate, severe impairments and blindness. This classification depends on the degree of visual acuity ranging from 6/12 to worse than 3/60.

The categories are as follows:

Near visual impairment is having near visual acuity that is worse than N6 or M.08 with existing visual correction.

While the American Optometric categorizes visual impairment into other two main categories:

What are the common causes of visual impairment?

In the 1 billion people with reversible visual impairment (if managed early enough) there are very common causes that include:

While in children, more problems could be added to visual impairment causes:

According to WHO, the prevalence of each disease is related to the region affected, meaning that developed countries have far fewer cases of visual impairment than third world countries.

How is visual impairment diagnosed?

An eye examination is the only method to detect and diagnose any eye problem, visual impairment and low vision included. An experienced ophthalmologist can diagnose the problem and its cause, all you have to do is visit the nearest eye care center whether in a routine checkup or if you suffer any visual difficulties or eyestrain.

Your doctor will perform the eye examination after taking a full medical history this includes questions about: your general health, your eye’s health, and your family’s history. If you have any chronic disease, then its history is important too including the medications you take to treat it. And the most important question, how is your daily life affected by your visual impairment!

How can visual impairment be treated?

How to treat severe visual impairment?

If your vision has already been affected massively, where any surgery, medication or laser can’t help restoring it then visual aids come in handy.

More than 50% of visually impaired cases could have been treated if detected early. This is a global problem that is addressed by multinational NGOs and Magrabi’s hospitals have had their share in helping visually impaired patients restore their vision and quality of life. It is never too late to restore your vision, if you complain of any eye problem you must visit your ophthalmologist as soon as possible to prevent all its complications especially vision loss.

More in this category

10 TIPS BY THE BEST EYE DOCTOR!

Vision is one of the most precious ...

Our eye is a very delicate organ, it ...

When your vision is blurry, and you are ...

HOW TO CHOOSE THE BEST DOCTOR FOR CATARACT SURGERY?

Cataract is a very common eye disease that ...

In order to start answering questions about strabismus, ...