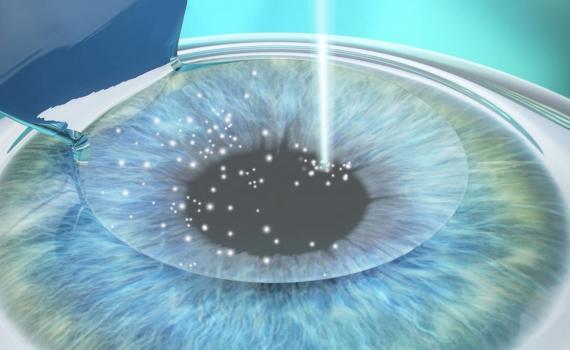 Femtolasik is a relatively new technology that allows eye surgeons to correct eyesight problems namely refractive errors without using any scalpels. It is known as blade-free Lasik.

Eye surgeons use two different kinds of LASER to correct your eyesight problems.

How is femtolasik different than traditional eyesight correction surgery?

Instead of traditional scalpels and blades (known as microkeratome) to create the corneal flap.

Since femtolasik is a bladeless surgery that is performed by an expert eye surgeon with the help pf high-tech devices. It has many advantaged over traditional surgery, like:

Although Femtolasik has many advantages, and minimal health risks. But like any surgery it holds a rare possibility of side effects and complications that include:

Are you a good candidate for Femtolasik?

Only your eye surgeon can decide if you are a good candidate for femtolasik or not. But usually if you check the next dots then you are a candidate:

Femtolasik is a very safe option to treat your refractive error and with almost no side effects or complications. Book an appointment now to turn your life around and live a life without eyeglasses!

Pregnancy is by far one of the best ...

ALL YOU NEED TO KNOW ABOUT ANESTHESIA!

What is anesthesia? It is the use of ...

10 TIPS BY THE BEST EYE DOCTOR!

Vision is one of the most precious ...

Our eye is a very delicate organ, it ...

When your vision is blurry, and you are ...

HOW TO CHOOSE THE BEST DOCTOR FOR CATARACT SURGERY?

Cataract is a very common eye disease that ...